A cool breeze from the open church doors swirled down the center aisle. I quickly tucked a scarf closer to my neck and fastened each of my coat’s buttons. People ahead of me were stopping to exchange greetings with the parish pastor, so the line moved slowly. Through the open church doors, I could see colorful trees in the park across the street. Orange and red leaves fluttered in the air.

Finally, there was only one man ahead. He shook the priest’s hand and questioned with a jolly laugh, “You mentioned today that you enjoy reading “The Farmer’s Almanac” winter predictions. You don’t actually believe them, do you?”

When the man happened to glance back at me, I smiled and suggested, “Maybe Father keeps a log on what the prediction was, then compares it to what really happens.”

“The Old Farmer’s Almanac” was founded in 1792 by Robert Thomas when George Washington had just become president of the United States. The publication has been in print for the last 228 years, with only 13 editors all these years. “ The Old Farmer’s Almanac” makes weather predictions 18 months in advance for 18 US regions. The formula used to make the predictions is kept in a black tin box at the Almanac office in Dublin, New Hampshire. The formula is based on Thomas’ observations of nature and tracking of a complex series of natural cycles.

In 1818, twenty-six years after “The Old Farmer’s Almanac” started publication, David Young and Jacob Mann founded “The Farmer’s Almanac”. James Monroe was then president of the United States. This publication has only had 7 editors in 202 years of continuous publication. Their weather predictions are made 16 months in advance for 7 US climate zones. Their method is based on a combination of mathematical and astronomical formulas as well as sunspot activity, tidal action and planetary positions. Caleb Weatherbee, their forecaster, is a pseudonym to prevent the actual man being “badgered”.

Conventional meteorologists say it is impossible to accurately predict rain, sunshine or snowfall for more than a few days ahead. Infinite numbers of variables can change a prediction. Despite that, both publications claim to enjoy an accuracy rate of at least 80% for their predictions. As a cynic, I think, “Is that true?” Claims and truth are often two different things.

What sort of winter are the two publications predicting for Wisconsin’s winter of 2020-21? According to “The Old Farmer’s Almanac”, Northern Wisconsin will be snowy and cold. “The snowiest periods will be in Late December, early and late January, late February and early March.”

The only word from “The Farmer’s Almanac” on the coming winter is it will be, “Cold and snowy in the north, dry in the west and everything crazy in between.”

Central Wisconsin is usually cold and snowy between December and March, so if anyone predicts “cold and snowy”, it would likely be an accurate lucky guess.

My brother Billy was a farmer. He was smart and observant. One year I thought, “Let’s skip “The Farmer’s Almanac” and go straight to the farmer.” I had great faith in Billy since he was already making accurate one day weather predictions.

One gloriously beautiful fall afternoon I asked him, “What sort of winter do you think we will have this year?”

Billy looked intently at the sky. After a pause, he drolly quipped, “Ask me again in March and I’ll tell you.”

I laughed. No matter what sort of winter we were going to have, it would be what it would be. 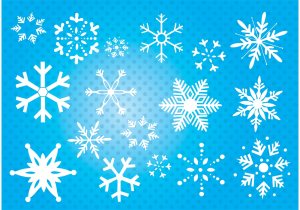